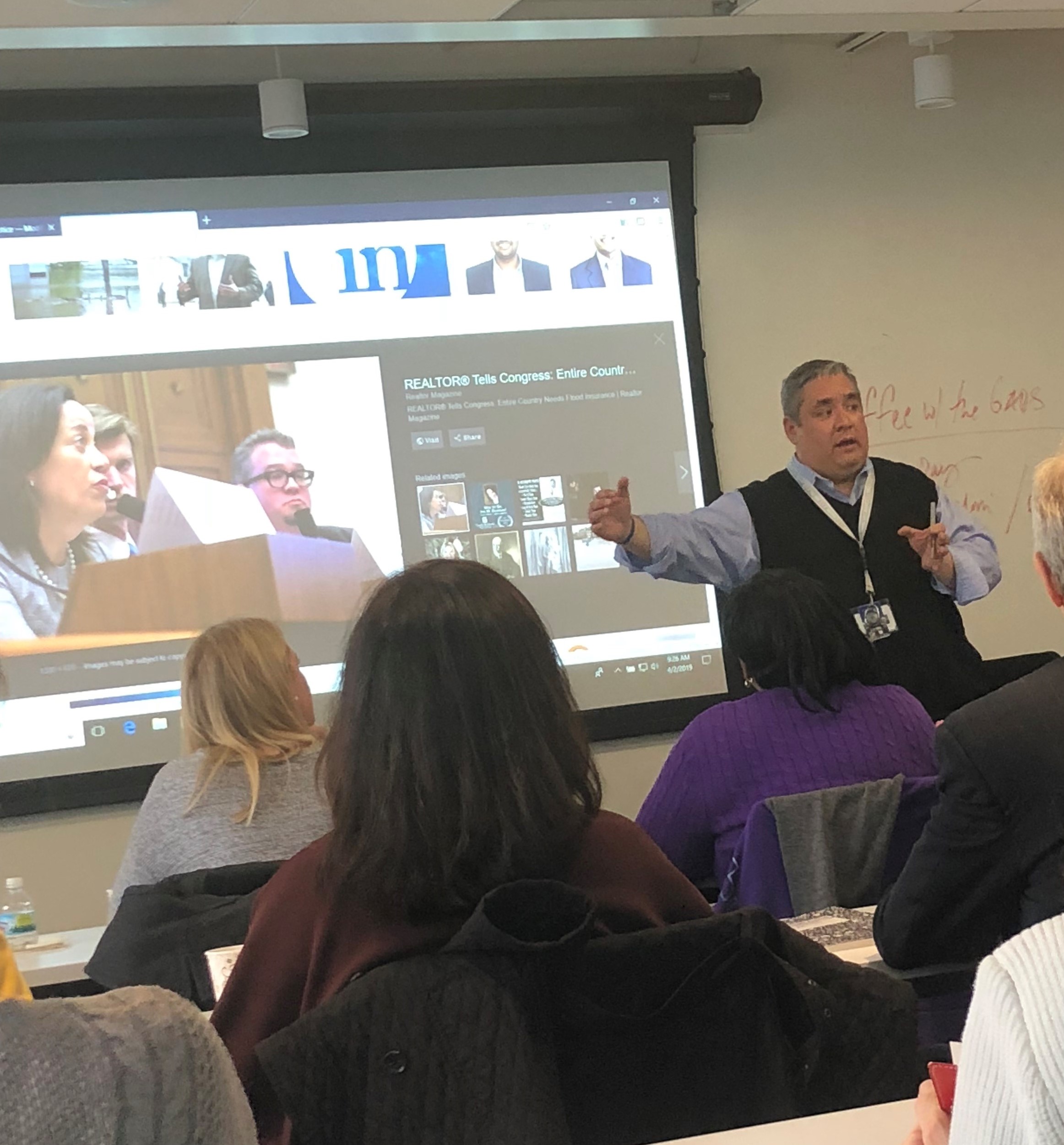 On Tuesday, April 2, we held our monthly “Coffee with Your GADs” chat, where members join our Government Affairs Directors for an informal discussion about policy and politics impacting the real estate industry. This is an opportunity for members to learn about CAR’s current advocacy initiatives and share any news or trends of interest.

Please note: Last month’s Coffee with Your GAD program was postponed to mid-March, as CAR had editorial meetings with the Chicago Tribune and The Chicago Sun-Times. April’s Coffee with Your GAD meeting was held just two weeks later. As a result, much of the information discussed was the same as the information in last month’s meeting. What’s new? Take a look at the election results and senior relocation plan reminder.

CAR has spearheaded preliminary conversations with NAR staff to extend the current deadline on Opportunity Zones. In order for investors to reap the advantages of Opportunity Zones, the deadline needs to be extended beyond 2027 – particularly in cities like Chicago, where investment has been slow to start and challenges like slow permit approvals are prevalent. Currently, there is a ten-year back-end for full yield on opportunity zone investment, but it can take up to two years for an investor’s deal to go through. CAR wants to help position areas like ours to benefit from an opportunity zone program deadline extension.

CAR will be hosting an opportunity zone symposium for members in June, to take a deeper dive into the program. Stay tuned for further details!

Representative Will Guzzardi called House Bill 255 up for vote at the end of last month. The bill sought to remove the preemption on rent control in Illinois. HB 255 went before subcommittee and failed – two voted yes, one abstained and three voted no.

CAR, along with the Illinois REALTORS® and Chicagoland Apartment Association (CAA), has been fighting rent control for over three years, and this most recent news is a big win for REALTORS® and their clients. You, our members, were a large part of CAR’s efforts. After issuing a call for action, over 10,000 members from CAR, Illinois REALTORS® and CAA called representatives to say no to rent control. Additionally, CAR has built relationships and gained support from building trades, who, as a result of our partnership, have become very vocal in their opposition to rent control. This is all in addition to CAR’s work in getting the Chicago Tribune and The Chicago Sun-Times to announce their opposition to rent control.

CAR is cautiously optimistic in the fight forward. While the fight is not over, the rent control issue is sidelined for now. However, rent control advocates continue to make their voices heard. On the first of each month, they protest in a different part of Chicago. It is also likely that they’ll fight for rent control to be added to another piece of legislation. All said, CAR is confident the subcommittee’s recent decision is a strong signal from leadership that rent control will not be passed this session or in the immediate future.

For additional information on why rent control is not the solution for Chicago or any other city, check out AffordabilityForAll.com.

CAR urges members who work with developers to review the new Chicago Relocation Plan Ordinance. In January, the City Council approved an ordinance designed to help seniors who are living in a building undergoing construction and repairs. There are important updates about the process for notifying seniors of the repairs and relocation, so it’s important for REALTORS® to be aware.

ELECTION AND CHANGE OF COMMITTEE CHAIRS

The mayoral and aldermanic elections were great for REALTORS®. Nine of the 11 candidates endorsed by CAR won. What CAR is monitoring now is the change in committee chairpersons and what that means for the real estate industry moving forward. Until chairpersons are announced, CAR believes there all major initiatives should remain on hold. There is an uptick in the progressive agenda, so it’s critical to understand the positions of the new chairs before pursuing any big initiatives.

Here are the aldermanic election results and why CAR supported certain candidates..