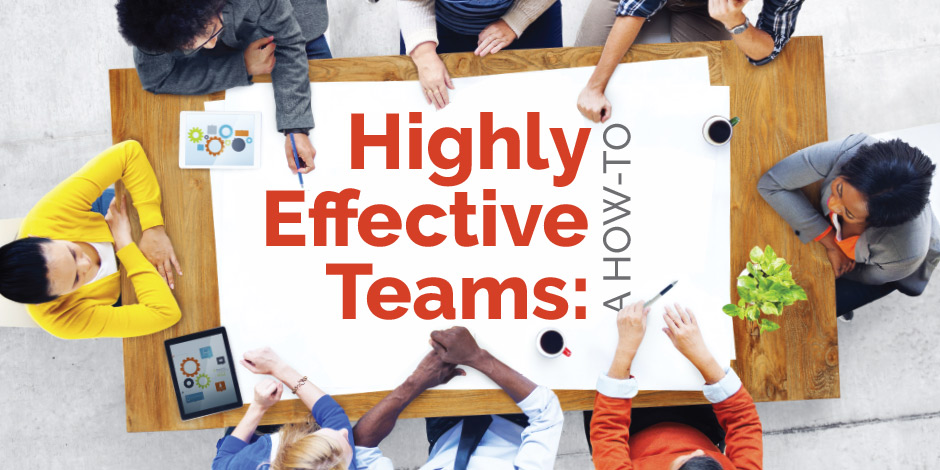 Haris Ahmed, Founder and CEO of Pragmatium Consulting Group, Inc., recently gave a lecture entitled “How to Lead Effectively in Today’s World” to the Board of Directors. We loved his advice, particularly when it came down to a breakdown of the difference between groups, teams and high-performance teams. We asked him to expand a little bit on this concept for you.

Q: Your “Group vs. Team” chart is very interesting. Let’s say you are leading a group that falls into the group category, but you’d like them to evolve to a team. What steps can you take?

A: The primary difference between a group and a team is that team members are equally committed to a common purpose and goal, which they cannot reach individually. The purpose and goal can only be met when the individuals come together as a team. A team needs to articulate common purpose, goals and an agreed upon working approach. Secondly, for a team to perform well, its members need to hold themselves mutually accountable.

Q: Now, let’s take it up a notch. How can a real team evolve to become a high-performance team?

A: High performance teams are rare. The salient difference between a team and high performance team is that its members are deeply committed to and vested in each other’s growth and success. An example? The Chicago Bulls, when they moved from being individual stars to working together. Michael Jordan was always a high scoring player, but the team didn’t become a powerhouse until Jordan, with Scotty Pippen, Dennis Rodman and others, worked together to win.

Q: How about if you aren’t in a leadership role, but rather a member of the group/team?

A: The same principles apply to all members of a team, regardless of rank. Each member needs to take personal accountability. Successful behaviors need to be adopted by all members. Frankly, it’s a test of one’s commitment, to be aware of one’s own behavior and to be willing to call out the bad behavior of other team members.  Team members should appropriately communicate when they see poor behavior that creates an environment of fear and lack of trust.

Q: Do you have any best practices with addressing the five dysfunctions of a team?

A: This would take a lot of column space! To learn more, I recommend reading two books, The Rocket Model, by Gordon Curphy and Robert Hogan and The Five Dysfunctions of a Team, by Patrick Lencioni.

Q: In your experience, what is the most important trait needed for individuals to come together as a team?

A: Commitment. The way I like to explain this is with a little story about a ham and egg sandwich… “the chicken is involved, but the pig is committed.”

Q: Do you have any other tips or suggestions for groups looking to evolve into real and high-performance teams?

A: All of us serve on so many teams, but we do a disservice to the team if we don’t check our commitment and make sure it aligns with their personal value system and other time commitments.  My advice is for us to only serve on teams that we believe in and to which we can fully commit.