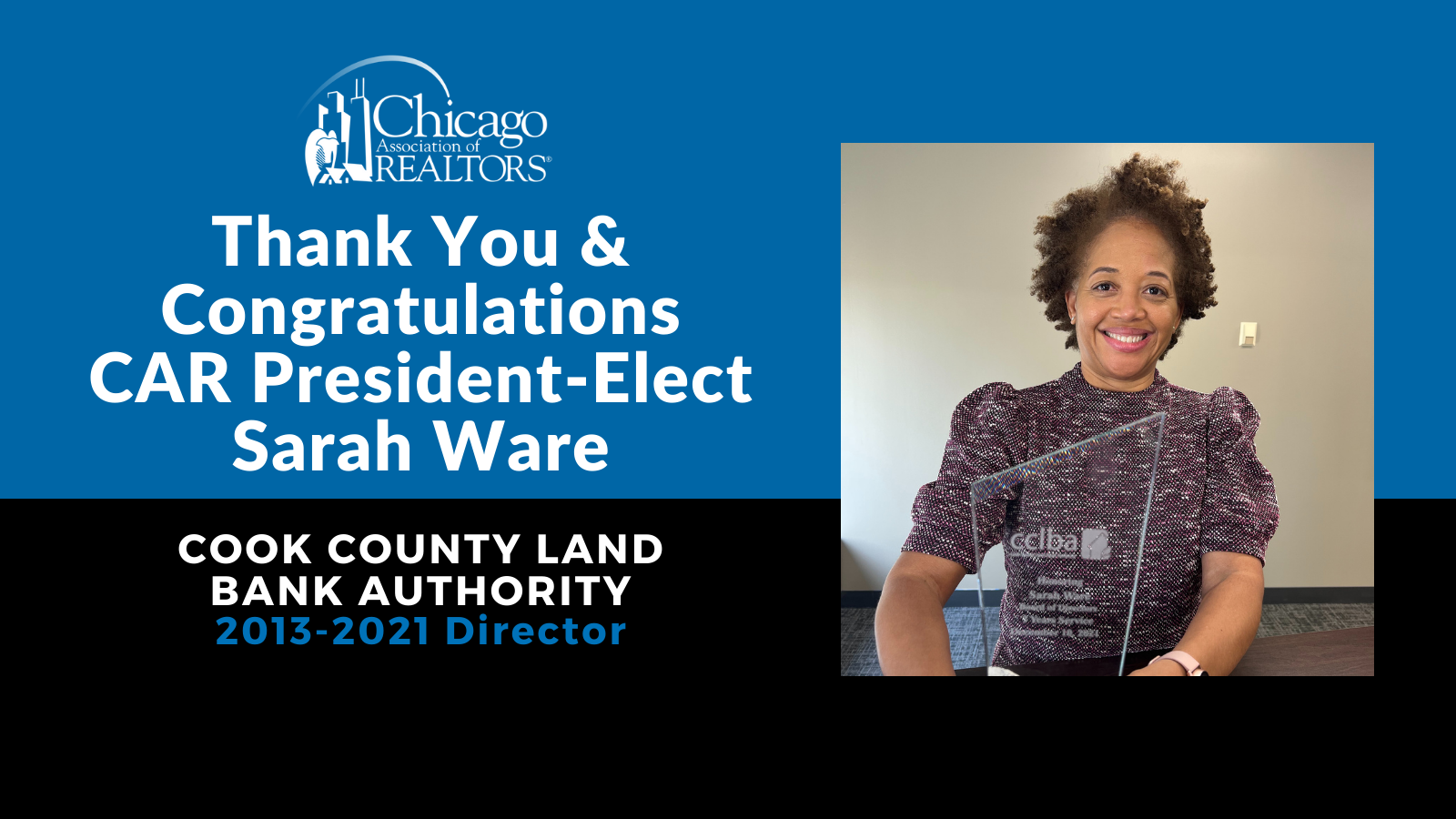 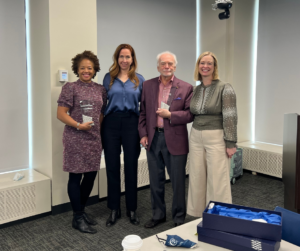 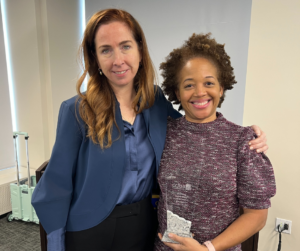 The CCLBA was created in 2013 by a unanimous vote of the Cook County Board of Commissioners. Charged with taking control of vacant properties and expediting acquisition for purchasers seeking to upgrade and restore the properties, the CCLBA plays a major role in tackling blight in communities.

Sarah Ware was an inaugural director appointee. Excluding current CCLBA Chairwoman and Cook County Commissioner Bridget Gainer, Ware is the last of the original set of appointees to serve on the board.

Since 2013, Ware was re-appointed numerous times and now she reaches the maximum number of reappointments allowed by ordinance. During her tenure on the Board, she served as Chair of the Data Analytics Committee.

LOOKING BACK ON EIGHT YEARS 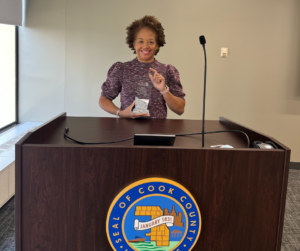 Commissioner Gainer gave Sarah effusive praise at the meeting. “Sarah was the most effective ambassador you can ever have …to structure the land bank so it worked with the existing market and communities…Sarah bought not just that language and understanding to us but connected us to the larger community of REALTORS®.”

After her remarks, Gainer honored Ware with an award for her years of service.

Reflecting on her time with the CCLBA, Ware is most proud of the opportunities provided.

“Not only were neighborhoods improved, but new developers and rehabbers were able to enter the market. Returning property to productive use not only puts the property on the tax rolls but – as with every real estate transaction – there are so many other ancillary services from landscaping to construction to furniture sales that occur.” She is happy to know she helped various micro-economies flourish.

The REALTORS® are seeking to appoint another member to the CCLBA Board of Directors, and that person has yet to be announced.