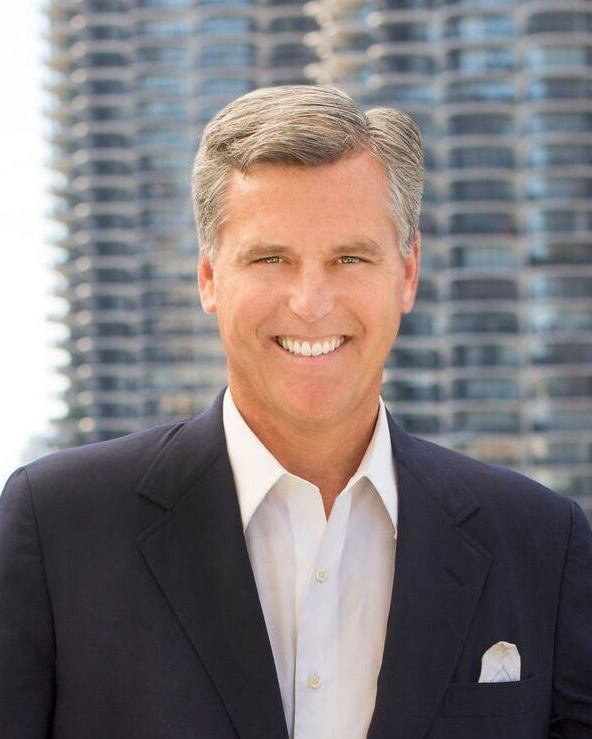 CHICAGO, Ill., – The Chicago Association of REALTORS® will honor and induct real estate entrepreneur, investor and civic leader John W. Rutledge into its Hall of Fame on September 26, 2019 at the 136th Inaugural Gala.

John is the founder, president and CEO of Oxford Capital Group, LLC, which specializes in large-scale, lifestyle hospitality-oriented real estate, with over $3 billion of transactions including 13,000 hotel rooms, 3,000 senior housing units and 1,000 residential units.

John co-founded Oxford Realty Corporation at age 24. As the real estate markets softened in the early ’90s, he and a colleague merged Oxford Realty into a large national company. Following a trip around the world, he enrolled in business school, where in his second year he co-founded Oxford Capital Partners to take advantage of a compelling opportunity resulting from the overbuilt lodging sector of the property market. He founded his third and fourth successor companies, Oxford Capital Group, LLC, and Oxford Hotels & Resorts, LLC during the mid-2000s.

Beyond his success as a CEO and investor, John is a proud Chicago-native, former Boy Scout, avid reader, multi-sport athlete and devoted family man and philanthropist. His activities are driven by his belief in empathy, ethics and enthusiasm in all things. As a result, he has been recognized by numerous awards, including Crain’s Chicago Business’ “40 under 40” and “Who’s Who,” The Anti-Defamation League’s Arthur Rubloff Humanitarian Award, Young Presidents’ Organization’s (YPO) Stuart Cornew Leadership Award and Urban Land Institute’s Vision Award. He was also a finalist for Ernst and Young’s Entrepreneur of the Year.

“John’s passion for life is apparent through his work and hobbies,” 2019 Chicago Association of REALTORS® president Tommy Choi, Keller Williams Chicago – Lincoln Park, said. “For John, it’s more than just closing transactions; it’s understanding the impact each transaction will have on the community at large. Whether he’s traveling abroad to explore new cultures or finalizing another highly-anticipated historic redevelopment project, John approaches everything he does with a rare blend of humility and confidence that has left a significant impact on those he’s encountered and the real estate industry as a whole.”

John’s business and community leadership make him most deserving of a spot in the Chicago Association of REALTORS® Hall of Fame. Established in 1986, this honor celebrates those professionals with truly outstanding contributions to the real estate industry. Induction is extended to individuals whose leadership and accomplishments soar above and beyond the ordinary. Character, accomplishment, reputation and contribution to business, culture and the environment are all necessary attributes for the Hall of Fame.