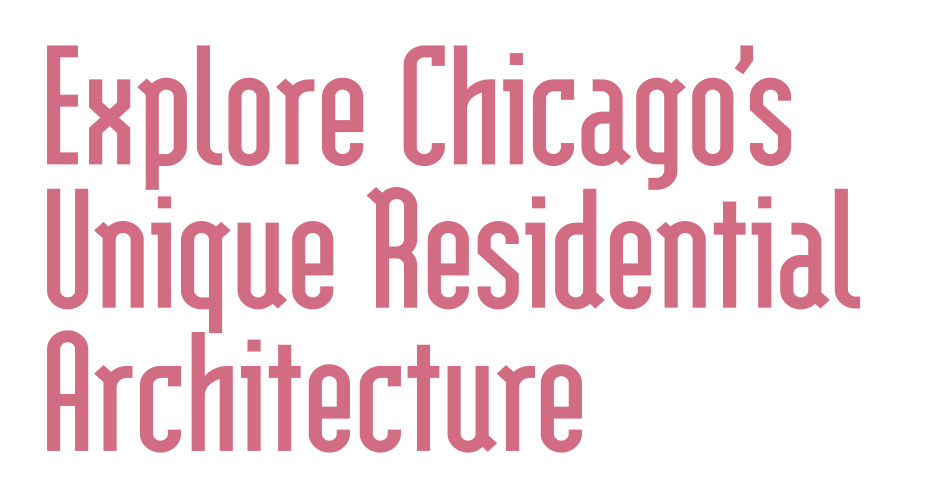 Every city has architecture that is synonymous with different neighborhoods, and Chicago is no different. Explore the quintessential residential architecture styles that make our city unique.

Great examples ring the downtown area, but predominantly can still be found throughout West Town, Logan Square, Humboldt Park and West Town, as well as in Lower West Side, Bridgeport, McKinley Park and New City.

Workers cottages became popular in the 19th century as working-class homes that were easy to replicate affordably and made to fit narrow city lots; they tend to be built back, rather than widthwise.

These homes are typically single story or one and a half stories made of wood siding with Victorian era decorations or embellishment, with an offset door, pitched roof and modest style. 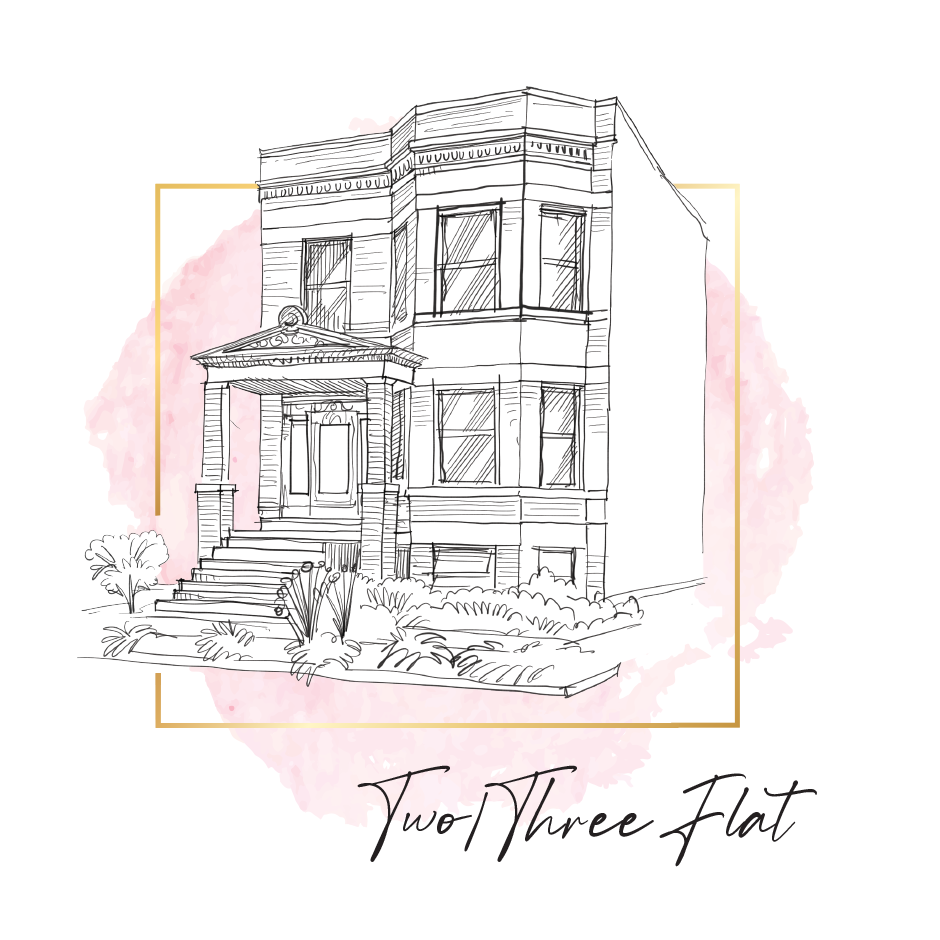 Citywide; in some neighborhoods, including South Lawndale and Brighton Park, they make up over 2/3 of the housing stock.

Two and three flats, alongside the bigger four and six flats, make up over 30 percent of Chicago’s total housing stock. Two and three flats became popular around 1910 as a way to affordably own a home. Families could buy the property, live in one unit and rent the other to help pay their mortgage.

Flats usually have a shared entrance. They are often made of various kinds of brick or stone with simple decorations and accents. Flats became popular around the same time as bungalows, and many describe the floorplan simply: one bungalow put on top of another. 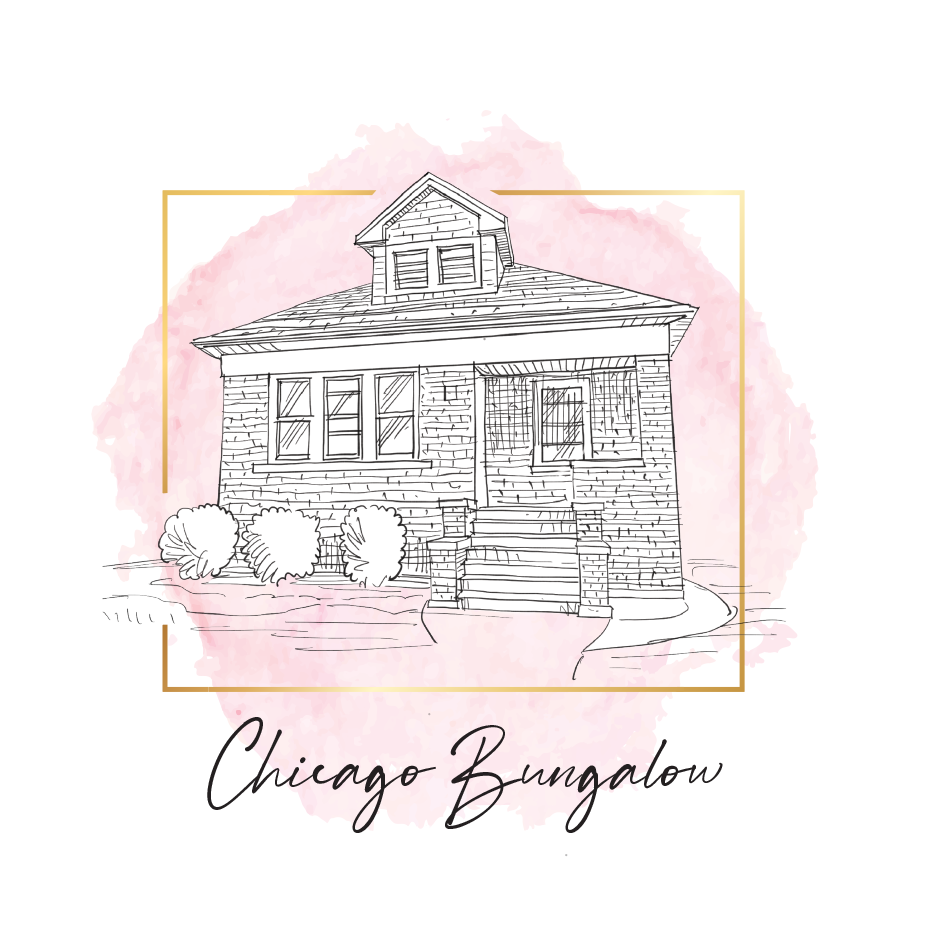 Bungalows began popping up in the 20th century. Derived from California cottages and the desire for outdoor space (and to bring the outdoors inside), they were made to fit Chicago lot sizes.

Bungalows are typically one to one and a half stories with a full basement and a pitched roof that overhangs the sides. They have porches with steps above street level and large windows. You will find stretches of bungalows together down long streets. 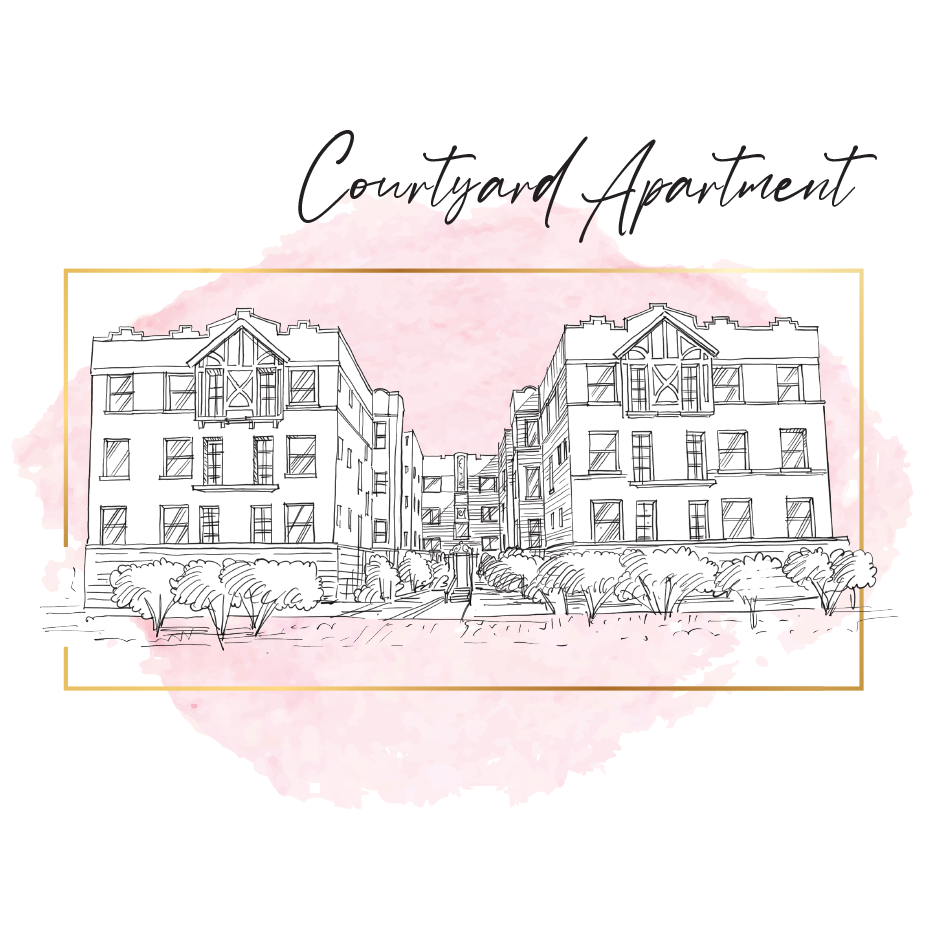 Courtyard buildings began popping up around the city in the 1900s to create bright and well-ventilated homes with outdoor space, which tenants and residents wouldn’t get in a standard multi-unit building.

Courtyard buildings can be found in L, U and S shapes, all with multiple entry points; they are typically walk ups with no more than four floors. The middle courtyard is accessible green or paved space for building residents, with porches coming off the units to take advantage of outdoor space. 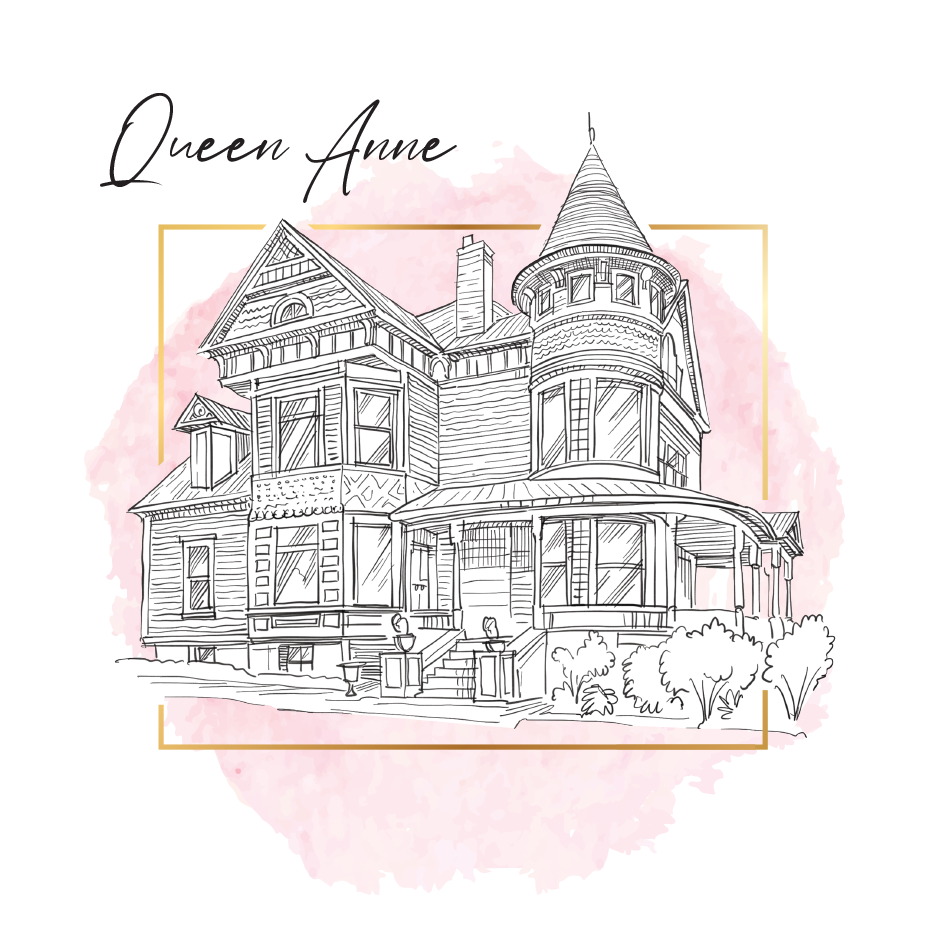 Citywide; notable examples can be found in the Near West Side, Lakeview and Hyde Park neighborhoods.

Queen Anne styles came into popularity in the 1880s until the early 1900s. The term doesn’t come from Queen Anne’s reign in the 1700s; instead, it refers to the aesthetic ideas that came from that time of opulence and extravagance.

When you think of Victorian homes, a Queen Anne-style home is typically the first thing that comes to mind. Queen Anne homes are known for their lavish, ornamental exterior design. They are typically asymmetrical, with a gable, porch, towers, columns, spindle work, exterior carvings and more. In Chicago, it’s normal to see workers cottages with Queen Anne embellishments. 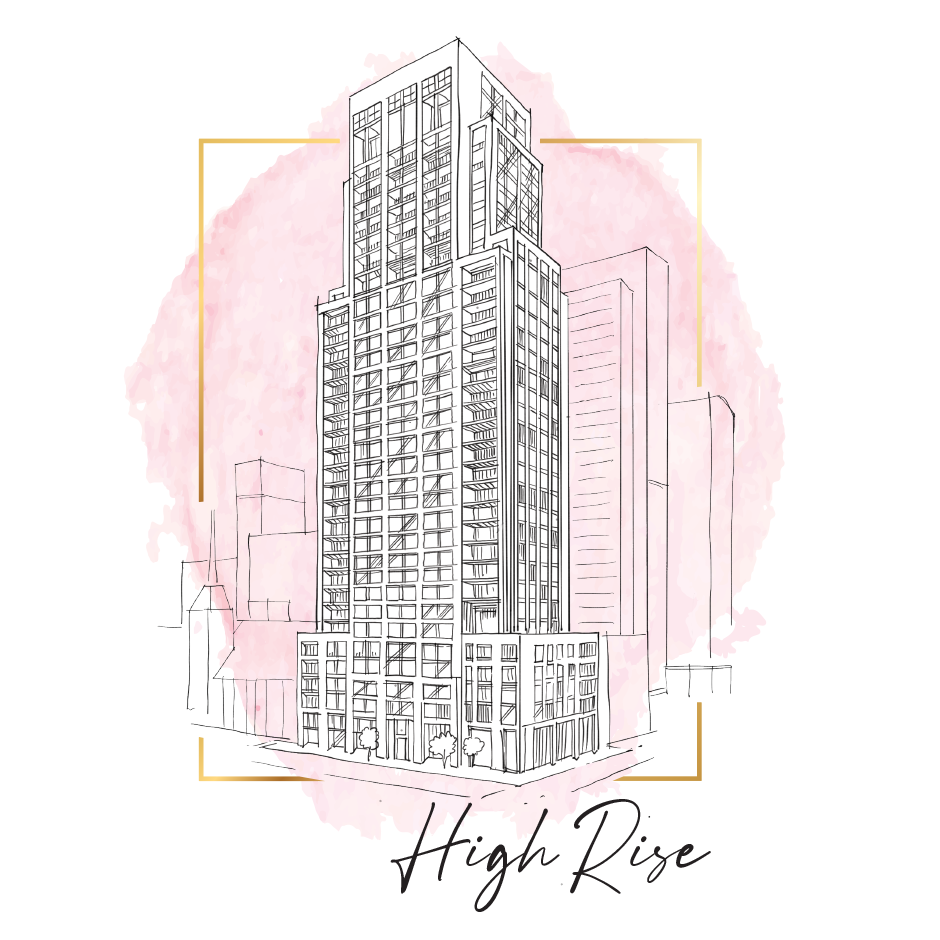 High rise complexes started popping up across the U.S. in the late 1800s when space was at a premium and density created demand for living options. The only way to go was up. At the time, brick, limestone and terracotta were used to build in Chicago, but those materials could only handle so much weight (about 10 floors worth). When commercial high rises started being built with glass, steel and concrete, so did apartment complexes.

These buildings are made of fireproof steel frames, reinforced concrete and steel, and glass curtain walls on the exterior. Some have facades made from different materials, like terracotta, for decoration. 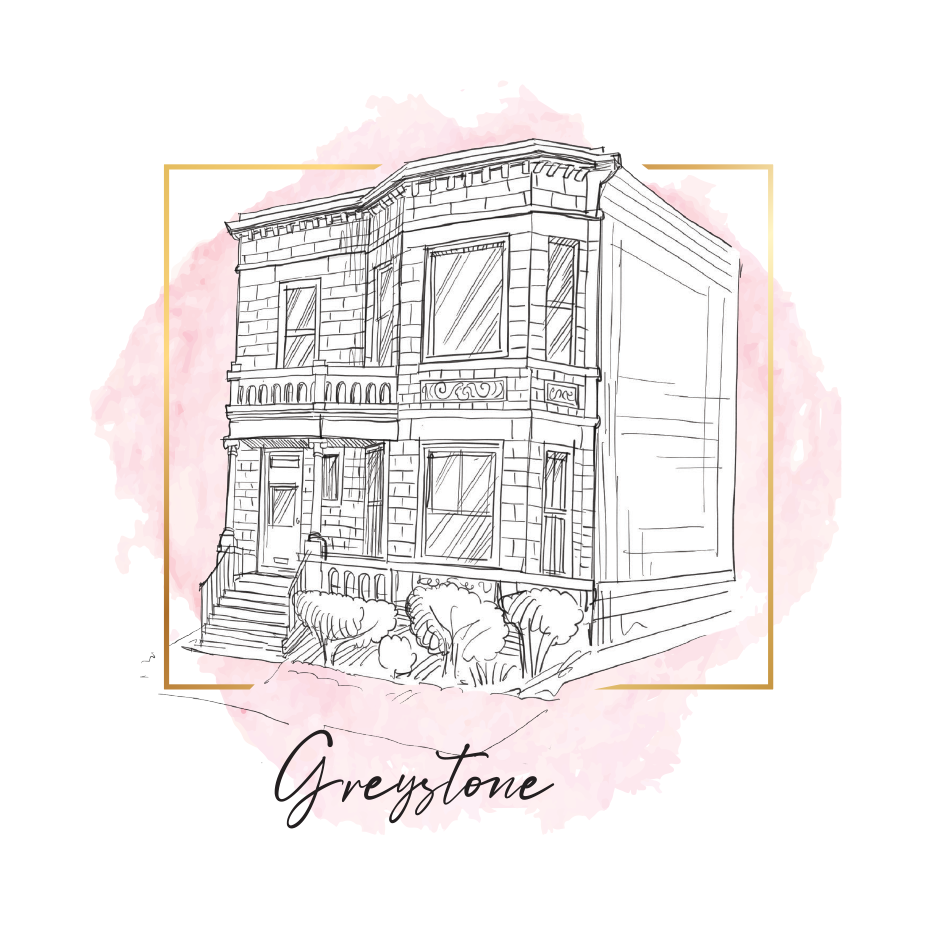 Greystone Loop, stretching west from Lakeview and Lincoln Park to Hermosa, Humbolt Park, West Garfield Park and North Lawndale; then picking up on the southside starting in New City and West Englewood, continuing east to the lakefront neighborhoods of Douglas, Oakland, Kenwood, Hyde Park, Woodlawn and South Shore. Also found in the Loop and Near North Side.

The Greystone was Chicago’s response to the New York City brownstone in the late 1800s. The name comes directly from its limestone building material, which is locally sourced from Indiana.

These homes are made of limestone and have an ornamental style, with either arches and corniches in a Romanesque style or with columns and bay windows in a Neoclassical style. They can be either single family homes or multi-unit flats and are typically spacious on the inside. 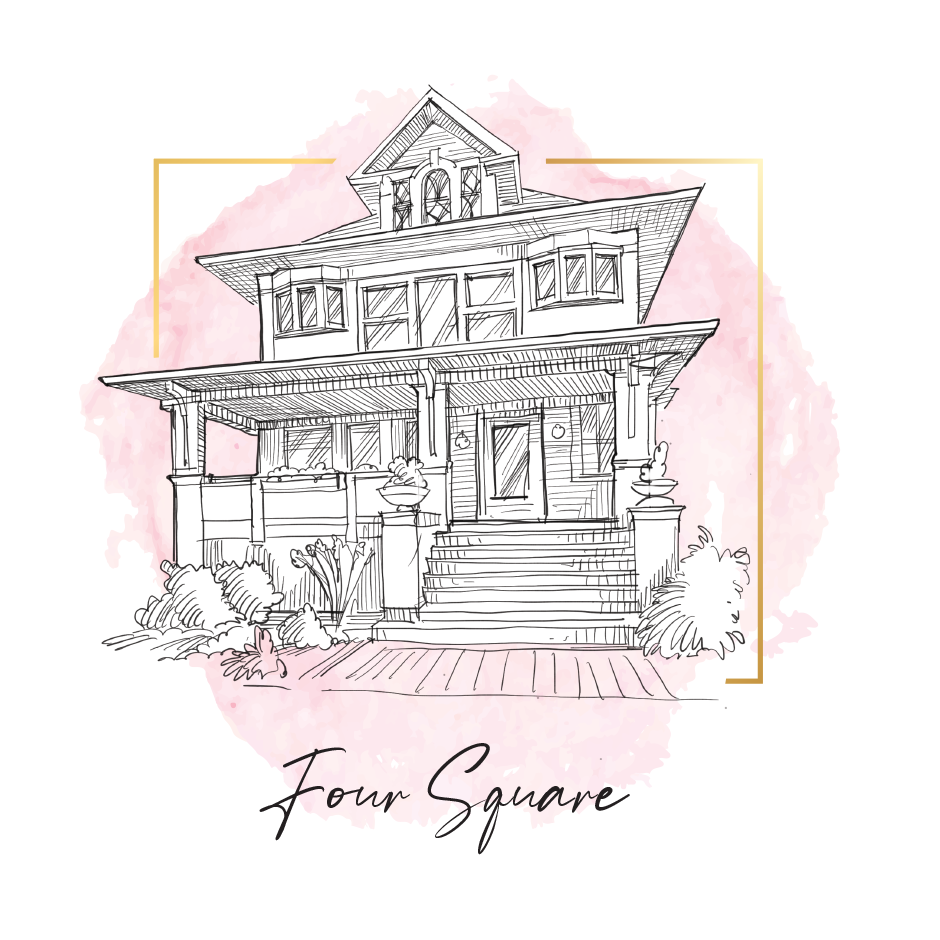 Many examples found throughout the Northside, including Rogers Park, in western neighborhoods including Norwood Park and Belmont Cragin, and Southside neighborhoods like Morgan Park, South Shore and Beverly.

Four square homes were made to be the exact opposite of the highly ornamental Queen Anne homes in the late 1800s. These homes became popular with middle class residents all around the U.S. as the go-to mail order house kit. Chicagoans took the four-square style and made it their own when contractors began building these houses out of readily available materials.

The outside of a four square is classic and unassuming, without any ornamentation, but the inside tends to be larger than expected. When looking straight on, four squares are typically symmetric, and, as the name would suggest, in a box shape with a pyramidal roof.

*Please note: the locations listed are by no means exhaustive; they reflect the neighborhoods where research indicated these styles are most commonly found. 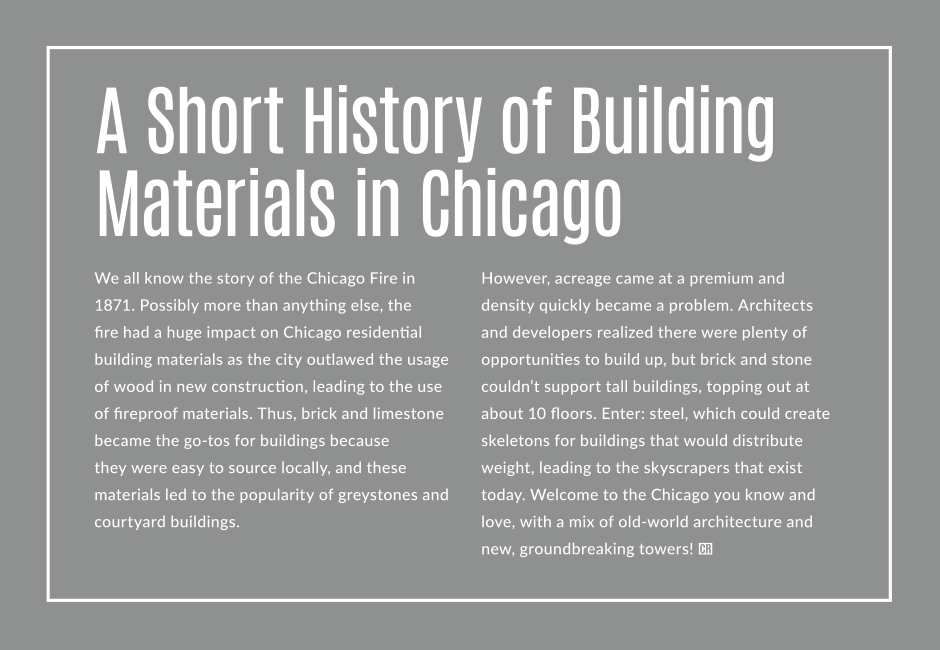