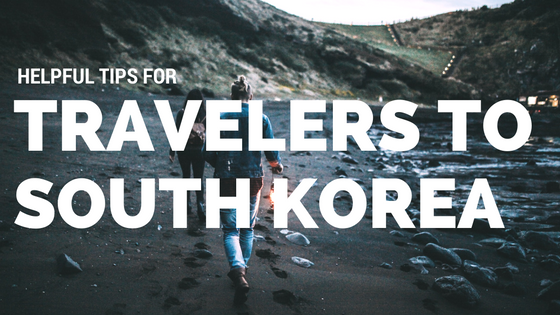 In 2011-2012, I spent 13 months living and working in South Korea. I walked away with several language tips, must-visit sites, and traditions I found helped me have a more enjoyable experience. My visit was life changing, and I would highly recommend it to anyone. However, before you go, it is handy to know a few important phrases in Korean and social etiquette for dining and interacting with locals.

When dining, the oldest person at the table should be the first to sit and eat. You should pour their drink, because it’s a sign of respect to pour drinks for the people around you. Again, you should pour with two hands. Many times someone will pour a glass of water for you, so it is respectful to pour their glass of water in return. When receiving the drink, you should hold the glass with two hands and tilt it slightly.

Expect them to eat loudly, slurping their soup or chewing. They see it is as a sign that they are enjoying their meal! You can expect peers and colleagues to offer to buy drinks for you at the bar. It is disrespectful to decline.

Splitting checks is not something most restaurants are used to, so they might have trouble with it. When dining with my friends, we usually had one person put the tab on their card and everyone gave them paper money. Also, most restaurants will give you a fork and spoon with your meal because they will assume you do not know how to use chopsticks. Most tables will have a little wooden box that has chopsticks and spoons inside.

Koreans eat most of their meals communally so everyone shares the side dishes.

Many restaurants will have floor seating so expect to sit on a pillow on the floor. You will find many in Seoul that will have both floor and booth seating. They will likely seat foreigners in the booths, but I recommend trying to immerse yourself in Korean culture as much as possible.

Korean money is called Wan and is pronounced like you would say wand. An easy way to remember the currency conversion is: $1 is 1000 wan, $10 is 10,000 wan, $.50 is 500. When paying for something and you aren’t sure how much it costs, locals are very friendly and will most likely help you.

Things To Do in Seoul

Hello (technically translated to “are you well?”) – ahn-yung ha-say-yo. Expect the response to this to be naay which means “yes.” Ah knee yo means “no” (hopefully no one responds with this!). You can shorten this phrase to Ahn-yung for peers and people younger than you, but never shorten it for someone older, because it would be very disrespectful.

When ordering food/drink – say the food item then speak “jew say yo” which means “please give me.” If you go out with Korean people (especially businessmen) expect them to order soju. It’s a clear rice liquor that you pour into a shot glass and shoot it. It does not taste good and is very strong. Respect the soju. It’s also very cheap, usually $5-$7 dollars per bottle at restaurants and $3-$4 at a convenience store. You can drink alcohol in public and on the streets. Many convenience stores will have tables and chairs outside where you can sit and have a drink or eat.

“Come here”-  Yo gee yo. You can yell that to a server at a restaurant if you need something. Say cho gee yo – “over here” if the server is across the restaurant.

Notes About the Korean Language

The Korean language does not have a sound for ch, and the h sound is hard, so you will hear English words that end in h sound like chee. Example: The English word brunch would sound like brunch-ee.

The language also has similar sounds for G and K, as well as P and B.  So, areas like Gangnam (gang is pronounced like gaaang not like the English gang. Also nam is like the name in Vietnam). Older signs that have not undergone the standardization conducted by the government will say Kangnam instead of Gangnam like you might expect. Another example is, the city called Busan might be Pusan on older maps.