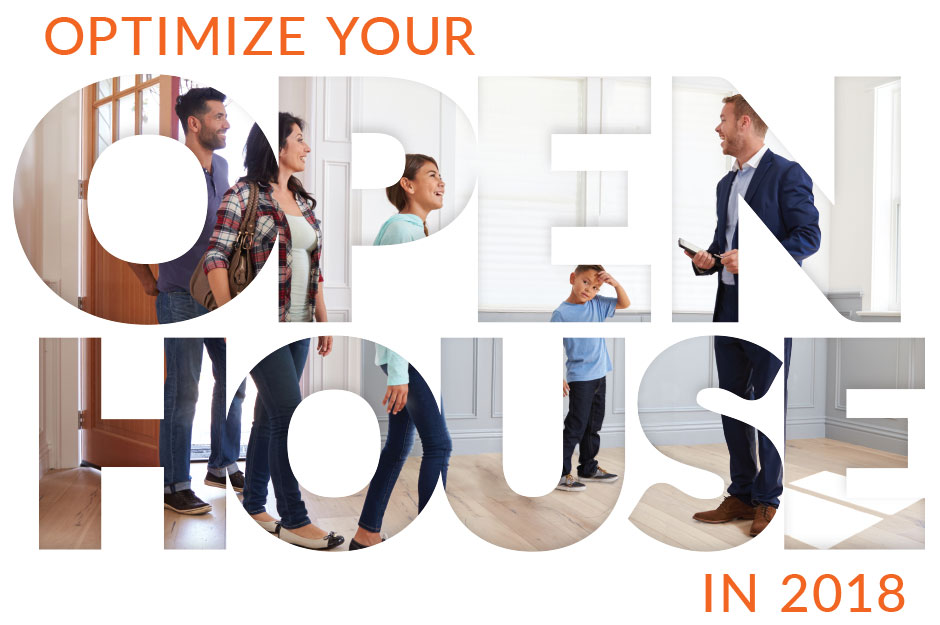 Trends show some traditional practices REALTORS® have relied on for decades are becoming more popular, such as the open house. More than half of all 2017 homebuyers visited an open house as part of their home search, according to a study from NAR, a seven percent jump from just five years ago. Even a tried-and-true tactic like an open house can be refreshed to better engage interested buyers and leverage new technology available. Here are some tools REALTORS® can use to upgrade the open house experience.

Since bursting onto the scene in 2014, app developers have created over 25,000 skills, or voice prompts, that allow users to engage with the smart speaker. One of these skills, Talk to The House, transforms Alexa into a virtual listing agent.

As a potential buyer inspects the master bedroom, Alexa can highlight the lakefront view – while a different Echo device talks area schools and access to amenities, or gives a final sales pitch to a couple about to complete the walkthrough.

Interested buyers can simply tell the speaker their phone number and email address and be sent a message with an agent’s contact information. Setting up the Amazon device, weighing in at a breezy 2.3 pounds, won’t require detangling a mess of cords or multiple calls to tech support. All it requires is Wi-Fi, an outlet and a script prepared for the listing.

Augmented Reality: How to Stage Your Home with Pixels

First things first: augmented reality (AR) is a live view of the real-world “augmented” with the addition of computer-generated images – think the Instagram and Snapchat filters that add puppy ears to whomever stares into a phone’s front camera.

Though the technology has been around since the 1960s, AR is emerging as more than a novelty thanks to updates by Apple and Google. As many as 800 million smartphones and tables could support AR apps by the end of 2018, according to an analysis by Deloitte. The impact AR could have on real estate depends on how popular these apps turn out to be, but the sky’s the limit in terms of what they can do.

One way AR can boost an open house is through staging.

Staging a home can make it easier for a buyer to visualize the property as their future home. A recent study from NAR found staged homes spend less time on the market and get higher offers compared to similar homes. But for listings that can’t spare the budget to be staged, AR apps from furniture companies Wayfair or IKEA can save the day. A potential buyer can point their smartphone’s camera at the master bedroom and see the space filled with a Wayfair bed and matching nightstands – all personalized to taste.

360–degree cameras debuted at a cost that priced out all but the most ardent early-adopters. But the price of these orbs on a stick has dropped considerably, allowing a much larger group to try them out.

Here’s how they work: the camera records everything except for what’s directly below it, live. Those watching aren’t limited to what is directly in front of them. If a bay window in a listing catches the eye, a viewer can turn the lens to focus intently on their potential future reading spot.

So, how can a camera elevate the experience for those at an open house? Truthfully, it doesn’t. Its utility for REALTORS® is as a tool to attract buyers right before and right after the showing – which truly shines with Facebook Live.

Once an open house is set up and about to begin, a REALTOR® can set the stage for the showing with a walkthrough on a 360-degree camera on Facebook Live. Free from the constraints of editing video and pictures, this is a perfect opportunity to nail your first pitch of the day with live narration. As more viewers join the stream, a REALTOR® can answer questions from the crowd (useful for predicting future open house or showing questions) and talk up the excitement of the event about to happen.

Once the video is wrapped up, accessing it after the open house is a cinch. Facebook removes the technical headache of uploading a video and saves it in on the user’s page. The best part of all: REALTORS® have a 360-degree experience of the home for interested buyers who weren’t able to attend the open house.  All they have to do is provide a link to the website more than a billion people use every day. Snapchat Filters And Geotargeting Ads: Marketing By The Inch

People ages 20-27 made up eight percent of homes purchased in 2017, according to NAR.  As they age into homeownership, REALTORS® should adjust some of their social media marketing dollars to coincide with the shifting habits of young buyers.

One growing presence is Snapchat, which is more popular among teens aged 13-17 than the monolithic Facebook. Facebook is still the most used network among all adults over 18, according to a Pew Research Institute survey released in March, but among those buying age, Snapchat is used by more than three quarters of U.S. adults aged 18-24, and most use the app every day.

Though the app is famous for being difficult for older adults to use – marketing on Snapchat is a snap.

One data-driven and cost-effective to drive traffic to your open house is through a custom Snapchat Filter. Snapchat Filters are designs and text that border the camera within the app, appearing for all users in a designated area for a scheduled amount of time.

Creating one doesn’t require a professional graphic designer. The company allows anyone to design their own filter at Snapchat.com by customizing provided templates with a simple message such as, “Open House at 123 Elm Street, 2-5 PM!”

Next comes geolocation, which requires some strategy for maximum impact.

Geotargeted ads appear to users who are on their phone within a designated area for a certain amount of time. Snapchat filters, like other geotargeted ad providers, charge by square footage and how long its scheduled to appear. If an open house is planned for an attached single-family home from 3 PM to 5 PM, scheduling the filter to appear at 1 PM within a 46,000-square foot r Those living in the building who see the filter have enough time to tip off a friend looking to enter the condo market, or ride the elevator a few floors to engage with the REALTOR® to discuss listing their condo for sale. How much did this example Snapchat Filter cost? Just $5.00.

Though Snapchat is a growing presence among younger users, REALTORS® shouldn’t divest from Facebook’s marketing. Facebook Business has a suite of geotargeting tools. Open house announcements can be sent to everyone who lives within 5 miles of the listing address, or specifically, to people who have visited the area recently who may be looking to move or buy.

The success of an open house is predicated on it leading to a successful bid or generating a new lead –the only way to get either is by boosting attendance. The information we share online allows for highly-targeted marketing, such as identifying potential homebuyers who recently Googled properties nearby and sending them an ad for your listing. But for REALTORS® with many open house showings, it may not be feasible to spend hours targeting and tracking online marketing. Enter: Boost.

Boost is a tool from Homespotter, a real estate software developer, designed to help REALTORS® juggle multiple listings and promote multiple open houses. Boost automates advertising through social media networks such as Facebook, Instagram and Waze by creating ads, publishing them and tracking their performance. Boost’s algorithm also does the work of finding your audience. Once the open house is over, Boost gathers data to make it easy to judge what worked and what didn’t. Some larger firms have similar software in-house, but Boost is a great option for REALTORS® interested in growing their digital reach.

New technology is emerging all the time. REALTORS® shouldn’t be afraid to “disrupt” their methods to try out a digital tool that can help grow their business – even if they’re successful now. Ultimately, clients are looking for someone they can trust to guide them through one of the biggest decisions of their life. That can’t be replaced by a computer.