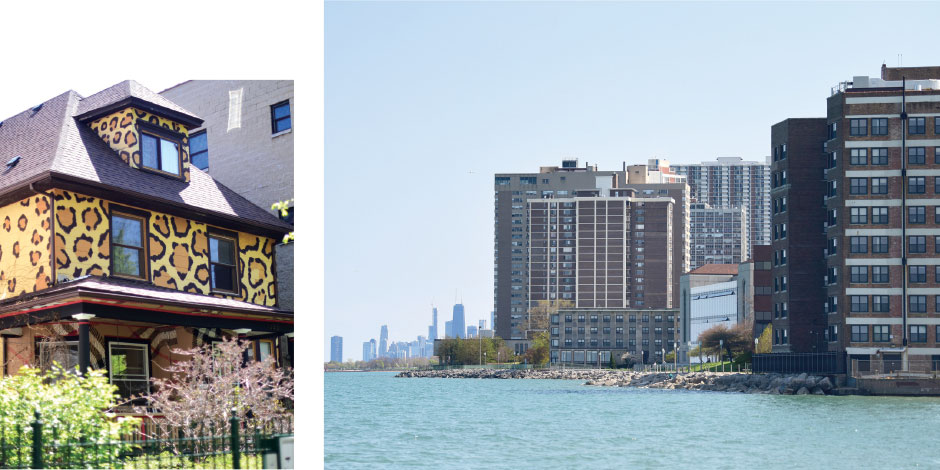 The Rogers Park/West Ridge Historical Society describes the area fewer than 10 miles north of Downtown Chicago as “The World in One Neighborhood.” Rich in history and diversity of people, homes and landscape, Rogers Park is bordered by West Devon Avenue, North Ridge Avenue, Howard Street and the eastern lakefront. Whether you’re looking for an eclectic cuisine or street-end public beaches, Rogers Park seems to have a bit of something for everyone.

FROM DIVIDE TO DIVERSITY 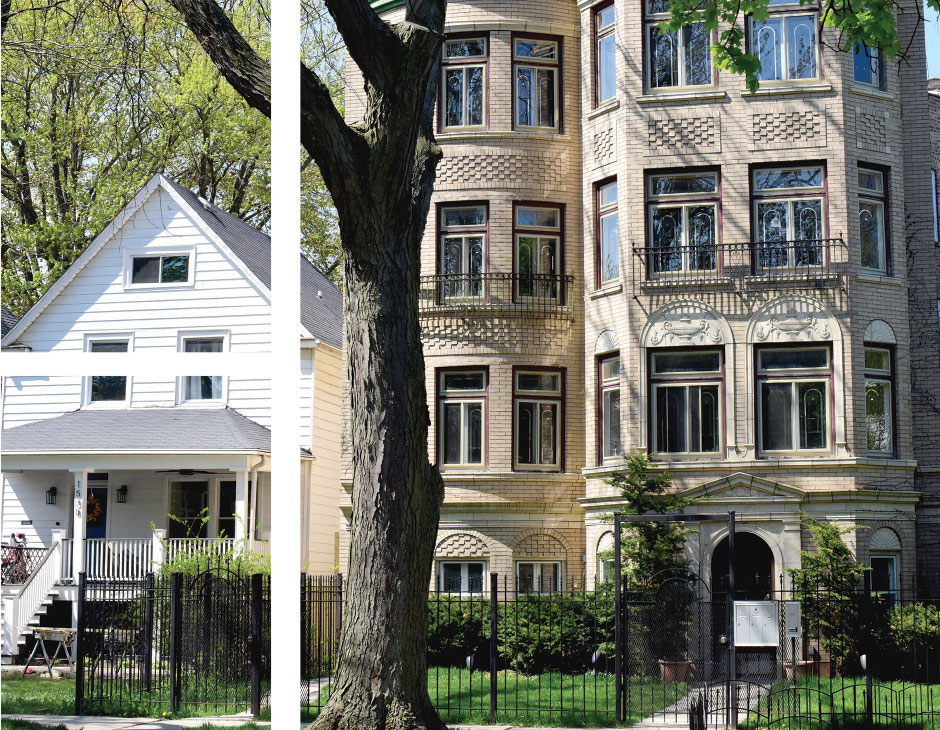 Following the treaty, Irish immigrant Phillip Rogers moved into Illinois and purchased over 1,600 acres of the land from the government. After he passed away, his son-in-law Patrick Touhy took ownership of the land and created subdivisions and communities, resulting in increased development, expansion and residency. By 1878, the area was incorporated as the Village of Rogers Park. The area west, which Touhy also controlled, was incorporated as the Village of West Ridge. In 1893, both villages became part of the city of Chicago, with Rogers Park attracting affluent families and West Ridge attracting farmers. Italian, Jewish, Irish and Eastern European families moved into Rogers Park in droves until 1929, when the Great Depression struck. As the area slowly began to recover, Mexican, Latin American, Black and Asian families moved into the area, making its ethnic, racial and cultural makeup increasingly diverse.

Diversity is a key characteristic of the neighborhood. Today, the trail that divided settlers and natives is known as Rogers Avenue. That, and the park on the trail, called Indian Boundary Park, are the only clues that division ever existed in the neighborhood. Present-day Rogers Park is full of different cultures, languages, ethnicities, ages and religions. In fact, “[Rogers Park] was involved in a global
study back in the 1990s, where researchers wanted to know how everyone lives together,” Connie Abels, RE/MAX NorthCoast, said. “That’s one of the things people like about living here: it doesn’t matter who you are; when you walk down the street, you’ll be welcomed.”

Do you need to live in a neighborhood with easy access to your job in Downtown Chicago? Is it important to you to have eateries within walking distance? Like most of us, do you enjoy long walks on the beach? Ask any of its nearly 60,000 residents about why Rogers Park is the place to be, and they’ll likely mention its convenience.

Rogers Park is home to many classic bungalow-style homes. The Rogers Park/West Ridge Historical Society even hosts an Annual House Walk where tour-goers can learn all about the bungalows throughout the neighborhood.

A bungalow, however, isn’t your only housing option. “Nothing is really common,” Abels said. “There are big, sprawling vintage condos, mid-century homes and new developments.”

In this northernmost neighborhood, homebuyers can expect to find rehabs and new construction in addition to luxury and affordable units in virtually any style of home that fits their needs. Given the diverse community of people who live there, the variety of housing options comes as no surprise. Just like everything else in Rogers Park, there’s something
for everyone.

With a Walk Score of 86, the official WalkScore.com profile says, “People in Rogers Park can walk to an average of 7 restaurants, bars and coffee shops in 5 minutes.” If bike riding is more your speed, you’re in luck, as Rogers Park is very bike-friendly, and the neighborhood continues to make even greater accommodations for cyclists.

Thinking about swapping your car for public transportation? “Our transportation is some of the best in the city because of our location,” Abels said. Chicago Transit Authority’s Red, Yellow and Purple lines, Metra and many CTA bus routes will take you all over the City of Chicago.

Look behind the homes to find beautiful public beaches sprawled along the eastern border of Rogers Park. North Shore Beach and Loyola Beach, located near Loyola University, usually stay pretty active thanks to students, families and visitors, as they provide the food vendors and playgrounds to make it a fun experience for all. For a quieter beach experience, Rogers Avenue Beach is a go-to, and for a little bit more adventure, Leone Beach offers kayaking. If you want the best of both worlds, Helen Doria Beach allows visitors to get one-of-a-kind views of Downtown. Rogers Park’s beaches are hidden gems, and its residents work hard to protect them. Large conservation projects protect the Lake’s wildlife and animals from machinery and the community often joins together for volunteer days to keep the beaches as beautiful and serene as they are today.

Living up to its “World in One Neighbor-hood” descriptor, Rogers Park’s food scene includes authentic dishes from every continent. On any night of the week, you can enjoy African, Asian, European, Latin and American cuisines. Here are a few local favorites:

One of the key characteristics of Rogers Park is the community’s love for and talent in the arts. The Mile of Murals, for example, is a

14,000 square foot stretch of murals done by artists selected by a panel of community members. Then, there’s the Artist of the Wall Festival, which is essentially a community day where residents contribute to a mural between Farwell Avenue and Morse Avenue. Every year, the same wall is repainted white, so neighbors can gather again and repaint the wall.

For those who prefer to experience the arts indoors, the Rogers Park Art Gallery and Greenleaf Art Center display the work of local artists. For some performing arts, Lifeline Theatre is a neighborhood staple. Lifeline offers audiences original and adapted plays, educational programs, camps for kids and drama classes.

To get a taste of all the arts in Rogers Park, be sure to attend the summertime Glenwood Ave Art Fest. This free weekend festival attracts people from all over but is particularly special to Rogers Park residents.

While homes, diversity, arts and lakefront proximity are the main reasons people move to Rogers Park, Abels said “the sense of community” is what makes them stay. In Rogers Park, neighbors come together in times of celebration and times of need. From community clean-up days to arts festivals, the neighborhood pride is evident, and all for good reason.