Winter is coming. This refrain from a popular TV show is both literal and figurative here in Chicago, with municipal budgets, stalled local ordinances and a possible extension of the eviction moratorium looming.

A NOTE ON THE CITY BUDGET

Chicago Mayor Lori Lightfoot recently stated the city’s budget deficit will exceed $1.2 billion, although some believe the true amount is somewhat higher. She indicated that raising property taxes was her very last option, but acknowledged that all options are on the table, particularly since, as of publication, help has yet to come from Washington, D.C.

The Mayor’s budget features up to $200 million of personnel cuts, including furloughs and layoffs, in addition to a significant $93.9 million property tax increase; the balanced budget must be approved by the City Council by December 31 of this year.

For more information and your government affairs directors’ reactions to the Mayor’s budget, read our blog here. 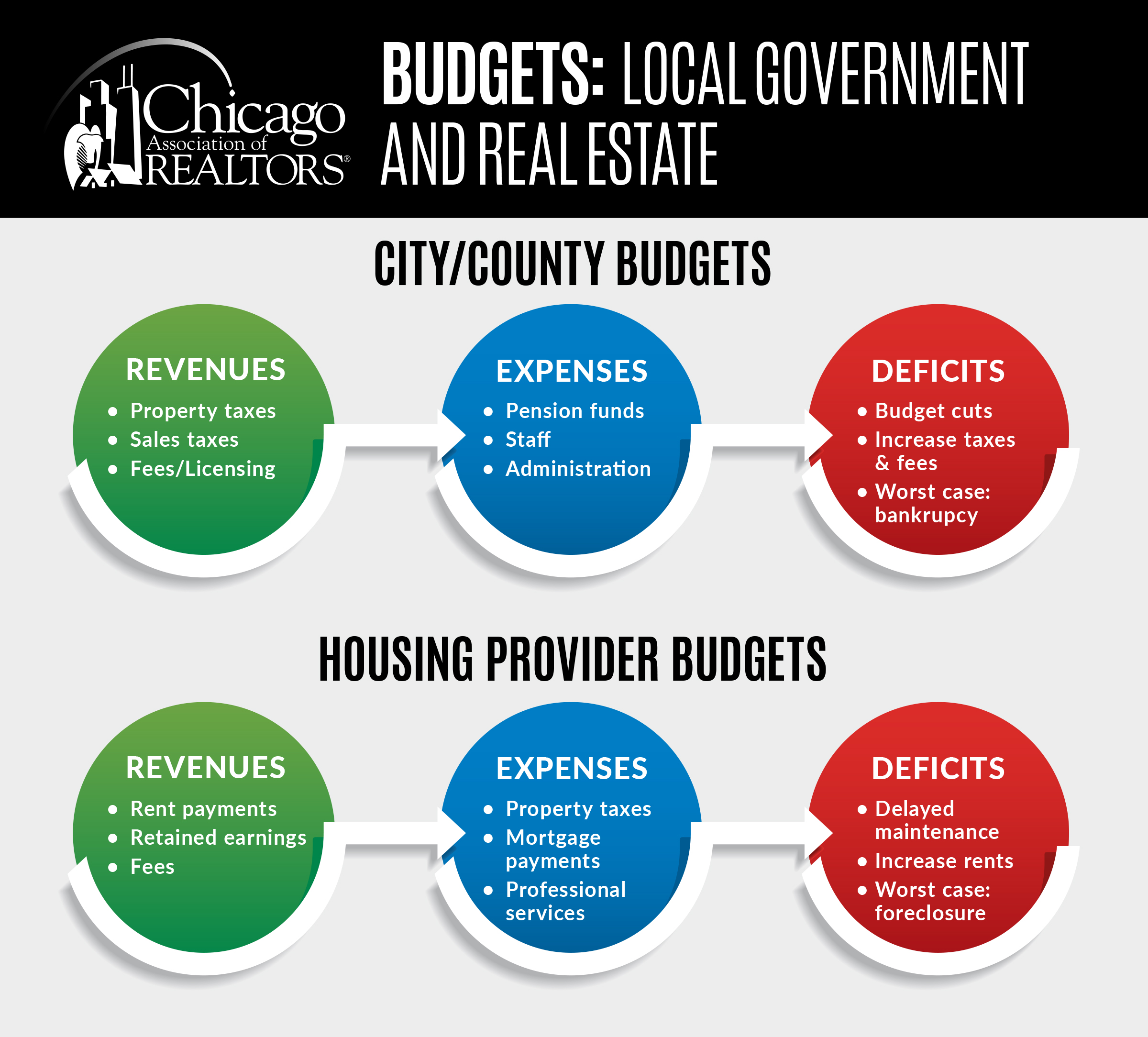 UPDATE ON THE PROPOSED ADU ORDINANCE

In order to get City Council to reach a consensus on the budget, all other controversial and non-essential ordinances are expected to stall. The Accessory Dwelling Unit (ADU) Ordinance was introduced and a hearing was held earlier this year, but subsequent modifications are needed. It’s possible the ADU Ordinance will be heard before the first of the year, but more likely, we expect this to be picked up and passed during the first quarter of 2021. Please note that the city of Evanston recently relaxed their ADU restrictions, which puts pressure on Chicago to follow suit.

WHAT’S NEXT FOR THE ARO

The Affordable Requirements Ordinance (ARO) Task Force has concluded and presented its report, which may be found on the city’s website. Your Government Affairs team provided public comments on September 23 during the Chicago City Council’s meeting of the Housing and Real Estate Committee. The public comment period has now ended.

An omnibus ordinance or a series of ordinances will soon be introduced to revise the 2015 ARO. The city seems interested in emulating other cities with inclusionary zoning laws, and the GAD team is currently reviewing those laws. Chicago’s Department of Housing would like to move forward sooner rather than later, but adoption of a revised ordinance will likely not happen until next year.

As of publication, Illinois’ Moratorium on Evictions was extended to December 13, with modifications designed to “balance the rights of tenants and landlords.” Learn more about these modifications and a possible extension here.

Considering the current situation with the pandemic, landlords are under a significant amount of pressure to provide housing — no matter what. The eviction moratorium severely restricts an owner’s ability to hold tenants accountable to the lease. Most landlords would agree that evictions are the last resort to cover lost revenue when a tenant does not pay rent. The long-term ramifications of prioritizing an eviction moratorium over properly balancing support for housing providers can be devastating to our communities. Unfortunately, lawmakers’ have drawn a line in the sand with tenants and seem to be stuck on that side. We can all agree homelessness and lost housing is scary, but when there’s only one side represented in protective measures by the government, we all lose through increased vacancies, decreased property taxes and mortgage foreclosures.

Please remember landlord lockouts are illegal (something the Department of Housing has reiterated, repeatedly). This includes constructive lockouts such as blocking entrances, removing windows and doors and turning off utilities. If you are found to have instituted a lockout, the police will issue a municipal citation and your fine could be more than $250 per day. We continue to advocate for relief and work to ensure the landlord perspective is heard.

Through a Freedom of Information Act request, we obtained information regarding rental assistance program numbers. A total of 5,706 applications were received in mid-August. Of those applicants, only 3,306 were qualified. Applicants were eligible for $5,000 in rental assistance if their income was at or below 80% of the Area Median Income (AMI), which equals $71,300 for a family of four. We believe the 80% AMI limit made many of the 2,400 applicants ineligible, and we requested additional funding for this program and an increase of the 80% threshold. Allocating more funding for rental assistance can help both landlords and tenants during this crisis.

The proposed Cook County Residential Tenant Landlord Ordinance (RTLO) was released in July. We have concerns over the applicability and complexity of a county ordinance with such overreach, and we oppose the proposal because many municipalities already have regulations on landlords and tenants. It’s not just Chicago and Evanston, either — 47 other local governments have a residential landlord license and inspection requirement, so the additional county regulation is problematic, to say the least. A Call for Action on this issue was launched in mid-November — thank you to those who responded! We will continue to voice our concerns until exemptions and applicability issues are made clear.

We are paying close attention to the merger of the Cook County Recorder of Deeds office and the Clerk’s office, as in December 2020, the Recorder’s office will cease operations. We were thrilled to welcome Cook County Clerk Karen Yarbrough to the November Coffee with your GADs — please check out the recording on our website. She discussed her priorities with the recording of deeds responsibilities. She has said her focus will be on improving e-recordings in the county, which may save millions of dollars over the next three years; we will be watching closely to ensure there are no reduction of services for processing real estate transactions.

During the fall veto session in Springfield (and continuing into 2021), the Illinois REALTORS® will be pushing a housing package that contains the following initiatives:

The Illinois REALTORS® remained neutral on the measure because members have incomes at all levels of the economic ladder. The $250,000 threshold looks a lot different for someone living in southern
Illinois, where the cost of living is much less than the Chicago region.

With state and municipal budgets decimated by COVID-19 related expenditures and a deficit of tax receipts, it is expected there will be cuts across the board to raise the income tax from 4.95% to 6% for everyone. However, the political reality of increasing taxes for the entire population is the least favorable
option for members of the General Assembly. Following Election Day, Governor Pritzker said, “There will be cuts and they will be painful.”

One hope is a federal stimulus crafted for state and local governments. The Trump Administration wouldn’t entertain that idea, but with a new President to be inaugurated on January 20, there is hope for more funds.