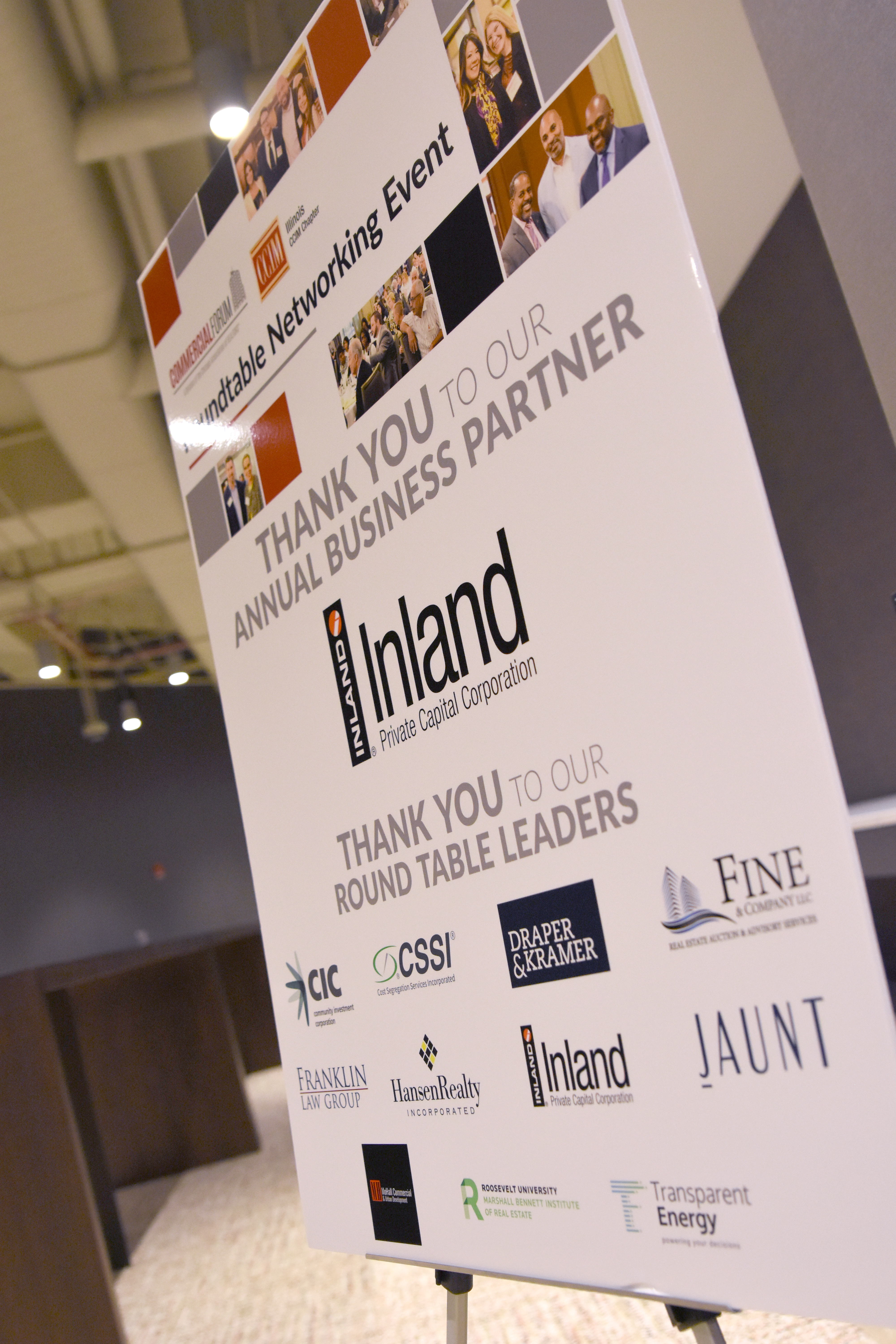 Attendees at the CommercialForum/CCIM Roundtable Networking Event began their afternoon by scurrying to find seats at the tables focusing on topics that interested them.

“It was a great event with several subject matter experts,” Kevin Cawley, the senior account executive of Cost Segregation Services Incorporated, said. “[They] proved powerful resources to the ones they serve.” Cawley led a packed table with charts, diagrams and a Big Mac analogy for cost segregation. “If I show this picture to the average person and ask them what it is, they’ll say ‘a hamburger,’” Cawley said. “But someone in cost segregation would see it differently.”

Cawley’s entire presentation surrounded how commercial real estate depreciated in value. He explained that the IRS has a flat rate for how a building loses its value over 39 years. However, what his company will do is split the building into its different assets, which each depreciates on its own timeline, which in the Big Mac was compared to the two all-beef patties. Carpet will need to be replaced more than once over the course of 39 years, and a water heater loses value differently than brick or plumbing. The end result, according to Cawley, is a savings of thousands of dollars a year in taxes – a message Cawley is sure was well received.

On the other side of the room, Moses Hall, founder and managing broker of MoHall Commercial & Urban Development, leaned across the table to hear and respond to an engaged attendee curious about the fine details of his topic, “Attracting Global Investors to Grow South Side Communities.” Hall shared how to attract global investments to the south side of Chicago and how most investors see a higher yield in that area. He discussed who & why they want to invest in Chicago and how to gain international business.

Different tables turned into Q&A’s, while some shared the floor equally between those present.

One such table was hosted by the CEO of Jaunt Stays, John Bianchi. Jaunt Stays specializes in renting AirBnB units. “It’s time for people to start realizing that Airbnb is just as real of an option as an annual tenant,” he said.

Bianchi shared with tips with his table about when to consider putting a unit up for AirBnB rentals versus an annual tenant. He said the two most important things to look at are location and the number of bedrooms and bathrooms a unit has, and use those to consider your expenses for both options, which will tell you which is most viable.

During one of Bianchi’s roundtables, CommercialForum Chair Tony Hardy dove into the specifics of what Jaunt Stays can offer a commercial broker. “My question was ‘Will they do a larger building?’” he said. “Will you come into an apartment building … rent an entire floor, master lease the floor, and work with the owner that way?” Bianchi was interested in the idea.

Business opportunities were plentiful around the room. Successfully drawing interest in retail, Mike Mallon, the senior vice president of Draper & Kramer, explained how retail trends are changing throughout the city. As of last year, 90 percent of rental sales were done physically in a store, while 10 percent were done online. Retail sales as a whole were up by four percent. Mallon explained it is a great time for the retail industry – however, there are only 598,000 square feet of new rental construction in the Chicagoland area, which is considerably low. Only six new shopping centers were built.

In the changing landscape of retail, Mallon said those who are learning how to work with both physical and online sales are succeeding – for example, Amazon’s partnerships with Whole Foods and Kohls for pickups and returns, and Target’s utilization of “buy online, pick up in-store” and drive-up services, are both seeing great business results.

The Legal Side of Real Estate

The event covered a variety of topic areas, both broad and specific – from tax revenue and creative rental and retail opportunities to real estate legalities.

Harry O. Channon from Franklin Law Group provided insight to the legal realm with his topic: “Dealing with Regulators like the IDFPR, Responding to File Audits and Recent Changes to the Real Estate License Act.” 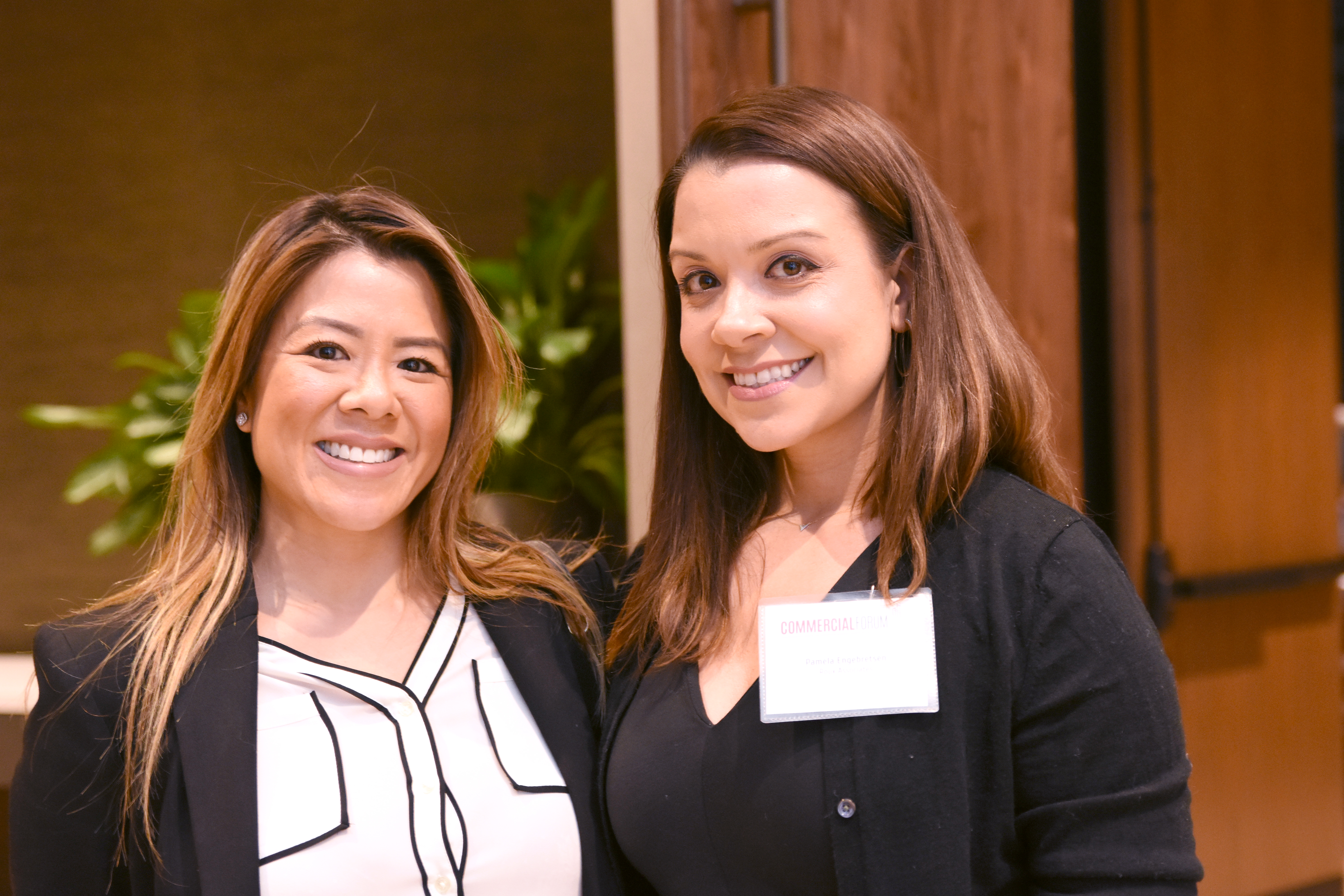 Channon stressed the importance of making sure you and your team are in compliance with all the new legal requirements coming out. Since real estate tends to have a higher turnover rate, with many professionals moving from brokerage to brokerage,  it’s important to make sure new hires are not in violation of the law.

Perhaps the truest sign of a successful event: when the clock struck five, the roundtables ended and cocktail hour began, but dozens of people remained at the roundtables, continuing their fruitful conversations.

“I met a number of people right now that I’m working on some deals with,” Mark Gross, Cost Segregation Services Incorporated, said. “It’s not only educational as far as talking with other people, but meeting and networking, as well.”

With the diverse topics available to commercial brokers, the 2020 CommercialForum/CCIM Roundtable Networking Event was successful for all involved.