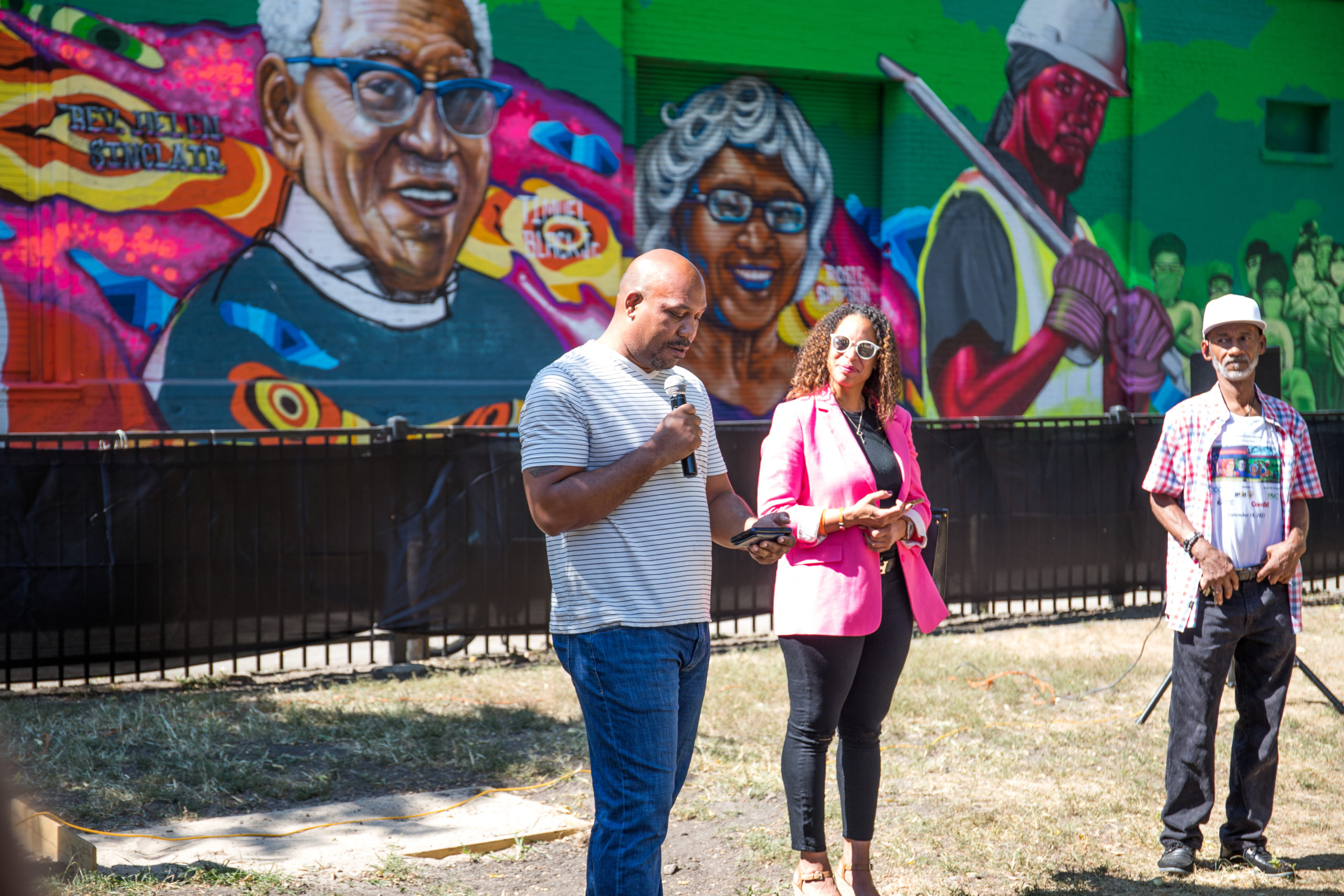 On Saturday, September 18, our newest placemaking project, located at Houston Park in Kenwood, was unveiled by the Jessie “Ma” Houston Parks Advisory Council.

The Living Legends Mural honors three unsung community and civil rights activists who were hand-picked by the Parks Advisory Council: Timuel Black, Jr., Rosie Simpson and Reverend Helen Sinclair. These individuals had important influences on Black and minority communities around Chicago, including Kenwood, the neighborhood where Houston Park is located.

We helped fund this project through its placemaking program and through grants provided by the National Association of REALTORS®. Placemaking provides a way for community stakeholders to work together and make a neighborhood a better place to live, work and play, and helps build comprehensive communities.

For more information on our other placemaking projects, click here.